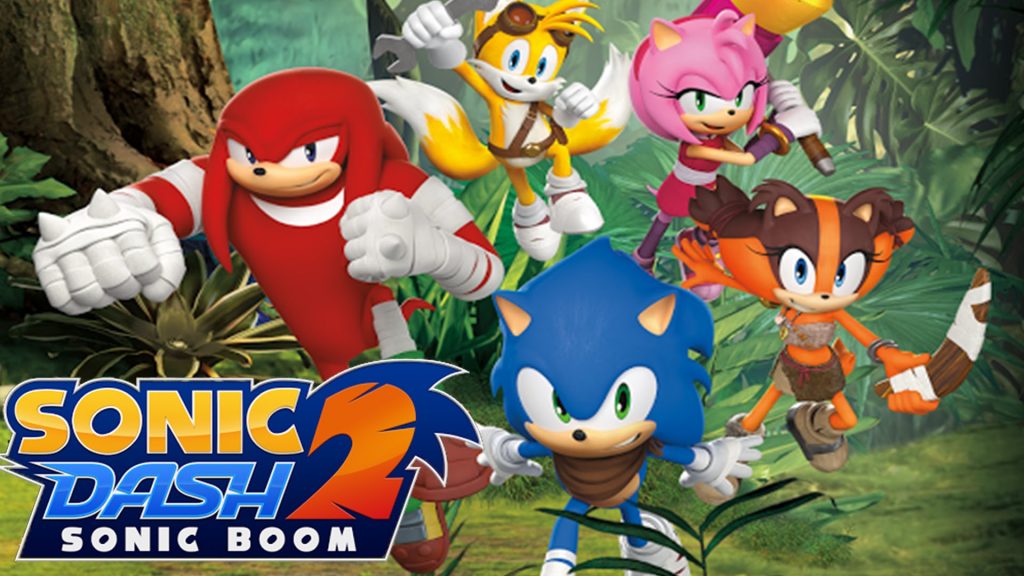 The game Sonic Dash 2: Sonic Boom is the App that SEGA Corporation created for Smartphones and Tablets. Let's remember that it is based on the Sonic Dash TV series. The game maintains the same previous features, such as the same scenario and the powers of the blue hedgehog Sonic, that any player of other Sonic games knows. It has the same purpose, Run without stopping to avoid losing.

Among its renewals is the option to choose another character while participating in the race. There are several options like:

These are some of the best known, but there are many more competitors than the game will show, like sticks, shadow or blaze.

Download for free Sonic Dash 2: Sonic Boom safely. The download will start instantly by clicking on the button on your platform…

The way to observe the game is in the third person, but now the camera allows us to visualize the race behind the player. The character is designed to move forward without us pushing it. The competitor must avoid as much as possible hitting the walls or hitting them without first having rings.

You can choose any of the three rails of the road to play and thus get Powerups, avoid the bad guys and traps. The way to play Sonic Dash 2 is very easy, simply the hedgehog must go through the challenges as he climbs levels. You get scores by collecting the largest number of rings which helps you earn more characters, tools, powers, items, and more.

The best points are obtained in established places, such as caves in certain scenarios. In these caves you can make changes of protagonist. The game allows you to buy tools depending on the points obtained to defend against obstacles at each level. If the player so wishes, he can share the game and participate with other players.

Play at 3D level, this projects a better image and makes the game more appealing and entertaining. You can use new powers that weren't available before, like those of the above mentioned characters. Allow the mobile device to move the character sideways while running.

On the race course the characters you choose will have their respective powers with the advantage of increasing the score. You can compete in group, the maximum allowed is three characters who can be in the same race to face the tests.

One particular option is called "Red Star Rings", is a red ring that is on some levels but can be purchased.  This ring shows extras of the game that shows videos, music or images. With this new version of Sonic Dash 2, it is easily downloaded to android devices. Don't wait any longer and get this fabulous game that you'll love.