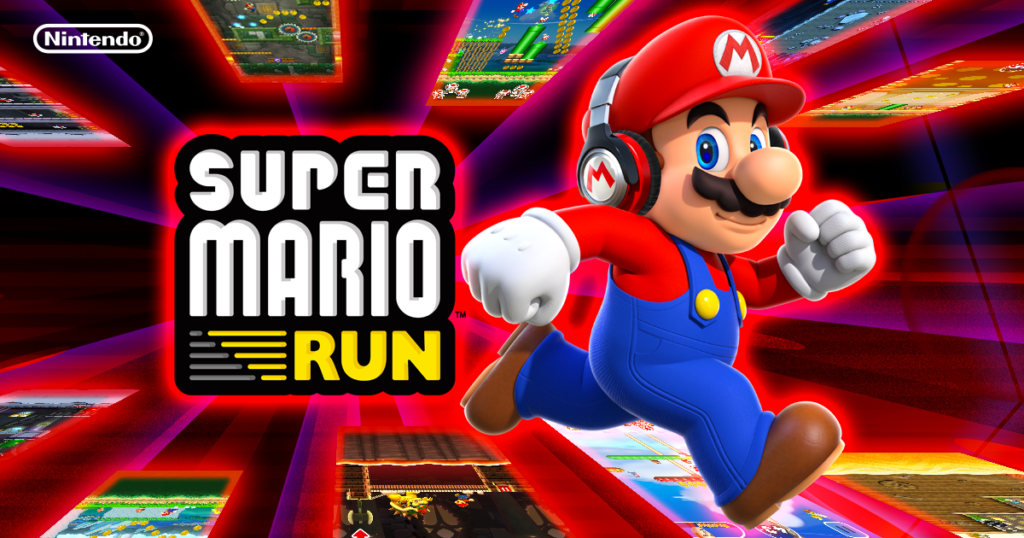 For those of you who enjoy Nintendo games, try Super Mario Run. For years, users wanted a Mario game that would stand out from the crowd.

The developers of this video game have given a lot to say. As always, Nintendo has delivered the best games for its fans.

That's why we'll show you how to download Super Mario Run in an easy and simple way, as well as some interesting facts to keep you fully informed about what this game has to offer.

What is Super Mario Run?

For those of you who don't know, Super Mario Run is Nintendo's first game released for mobile devices.

It was released on December 15, 2016, for Apple devices only. Months later, on March 23, 2017 was released its version for Android operating system.

If you've played Mario before on other platforms, it's important to note that the theme is usually the same, reminiscent of the Nintendo DS versions of Mario.

If you still don't know what we're talking about, Mario is a plumber who goes through levels, breaking walls, passing obstacles and collecting coins. In order to reach the end of each level with life.

Super Mario, has always been at the top of the best Nintendo games, giving his fame and positioning in the world of video games.

How Do You Play Super Mario Run?

For the first installment of Mario on mobile devices, they adapted the usual theme so that you can play with just one hand.

If we make another tap while we're on a jump, we'll make a twist that helps us make the jump longer.

That's how Nintendo people managed to make a new Super Mario to play on the device with just one hand.

That way, we can show how fast we can react so we don't lose lives. In addition, Mario continues with the same style of play that can be easy to complete levels. The detail is to complete the level with all the coins.

Because, in this version, we will have to collect 5 pink coins that will be hidden in different parts of the level.

At first it may be a little easy, but each time the levels will increase their difficulty. That is why they have decided to place aids; for example, a bubble that will help us to take back the last step that was done wrong and repeat it again.

It should be noted that in addition to pink coins, there are also other purple coins that are even more difficult to find. And finally the black coins. So we will have to play a long time to complete all the coins.

Download Super Mario Run for free safely. The download will start instantly by clicking on the button on your platform...

How to Download Super Mario Run 3.0.13 APK for Android and iOS?

When this game was released, it could only be downloaded for iOS devices. Then a few months later they released the version for Android and leaving out Windows Phone.

From our smartphone or tablet we go to the Play Store, and in the Google Play search engine we write Super Mario Run. After locating it, we choose the application and select "Install" and that's it!

From our iPhone or iPod touch or iPad we go to the App Store, type "Super Mario Run" select "Get".

If it is the first time to download an application from the Apple Store, select the option "Use existing Apple ID".

In the payment methods, we select none, as the application is free. However, to have the full version if you have to make an in-game purchase.

Loved by many and hated by others, Super Mario Run has some negative and positive aspects that we will show shortly.

To begin with, what users liked least was undoubtedly that the game only gives a few free introductory levels. That is, if we want to have the full version, we must make a payment within the game of 10€.

For many, they believe that the price is a bit high for the game. Comments on this App, say that it was preferred to create two versions for this game, one with advertising and one with payment, as does most of its competition.

Another point that we must emphasize is that in order to enter and leave the levels, we need an Internet connection. That is to say, we will not be able to enjoy the game when we are without mobile data or wifi.

Thanks to those two points, Super Mario Run hasn't been as successful as expected. But it's a very well-developed game.

As you would expect from Nintendo games, Super Mario Run is very entertaining and fun, where even the youngest members of the household can play.

The game, brings nostalgia to be very familiar with the version of Super Mario that came out for Nintendo DS, so it would be like going back to those years from our mobile device.

In addition, it does not contain advertising. That gives you a lot of points, since nowadays most smartphone games usually bring this kind of details.

Last but not least are their controls, because with only one hand we can play without problems.