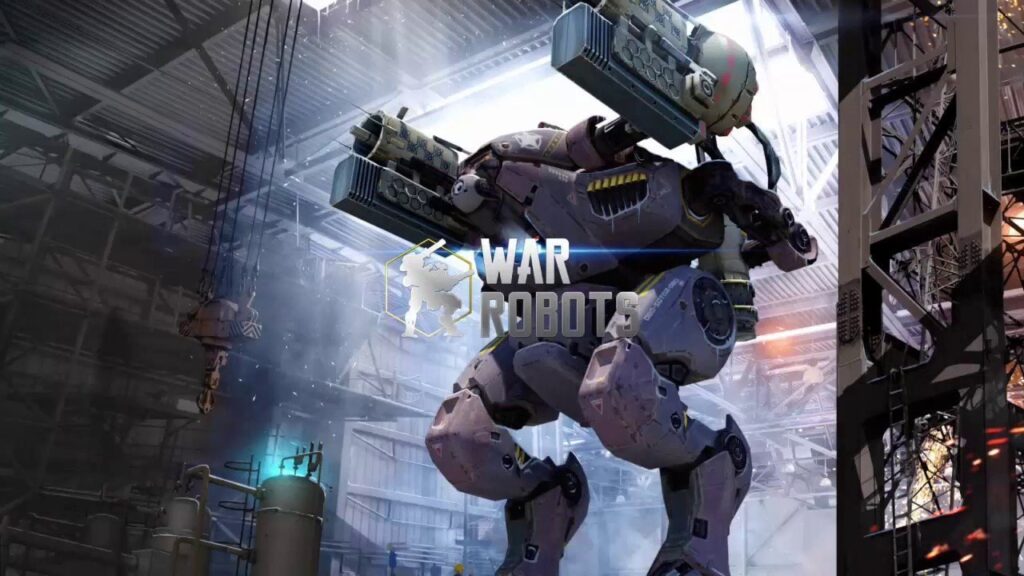 Video game developers are constantly launching new trends. With greater capacity, suitable for more operating systems. And they are designed to keep the user entertained.

War Robots is an online game. Which is available for Android and iPhone. It has the advantage of being dynamic and competitive. What makes it more attractive and not routine.

The nicest thing about this game is that you can compete with different people. Almost everyone. This causes in the users more effort to be able to win.

If you belong to the group of people who have not yet downloaded War Robots on Android or iOS, do not worry. Next, we'll explain it to you. So you don't miss out on this incredible fun.

What is War Robots?

War Robots is an online video game. In the beginning it was called "Walking War Robots". However, as time goes by, the name is changed. It is available for both Android and iOS.

There is also a PC version. But users prefer to play it on the smartphone or tablet.

This game was created by the company Pixonic. Which is located in Russia. It was first released for iOS on April 14, 2014. Then in 2015 it was suitable for Android.

This videogame trend consists of action and warlike confrontations. The character is usually a robot. In addition, within the same game you can make teams to defeat the enemy.

Therefore, War Robots, has a great variety and models of robot. However, to get one you must win Ag (silver) Au (gold). To get both, you have to get achievements.

Initially the character is a robot called Destrier. The same has the ability to make different disasters. Mainly to finish off the enemies.

Another important detail that makes the game even more fun is that the robot can be customized. That is to say, to apply the color and the design that you want that takes his character.

In addition, each player has a garage, called hangar to store the robots. When you're just getting started, you only have one space. But then you can have more. But you have to pay 5000 Ag for each one.

Consecutively it is recommended to perfect the machine as much as possible. To be able to obtain greater achievements and thus you can acquire what you want later.

Download free War Robots safely. The download will start instantly by clicking on the button on your platform...

This game has a number of particularities. But mainly it is characterized for being very dynamic. In addition, it does not become routine. Since the goal, is to compete with several people, who also give the battle.

Similarly, the game allows you to make teams. That is, it consists of two groups. Which will be defeated one by one, to culminate with all. Whoever resists and has players left will win the battle.

On the other hand, it is important to emphasize that this video game has some similarity to Battle Royal. Which is very advantageous. Since this style of video games has had a great uptake by users.

Another feature is that players can apply strategic attacks to knock down or weaken enemies. They must also protect the flanks and everyone in the group.

War Robots has a simple menu but practical and with everything you need. It's also a very adrenalin-packed game. Therefore, the user will always remain active.

How to Download War Robots 4.0.0 APK for Android and iOS?

If you are one of the people who likes adrenaline and also online video games, War Robots is the ideal. Because it has all the essentials to be one of the best video games.

But, if you haven't downloaded it to your tablet or smartphone yet, because you don't know how to do it. Don't worry. Next, we'll explain how to do it.

This game is currently available for iOS devices. So, if you have this system, you can get your game normally.

All you have to do is go to the official App Store. Then, in the search option, enter the name "War Robots", which will then produce the result. Check and make sure it's the one you're looking for.

Then click on the get option and wait a few seconds, while downloading. It will eventually appear in the menu, along with the other applications on the device.

While there, it places the name of the game "War Robots". Immediately you will see the result. Enter the one you are looking for and select where it says "Install".

Finally, we hope this post has helped you. However, we'd like to know, what you think of this type of video game? Leave us your answer in the comments.