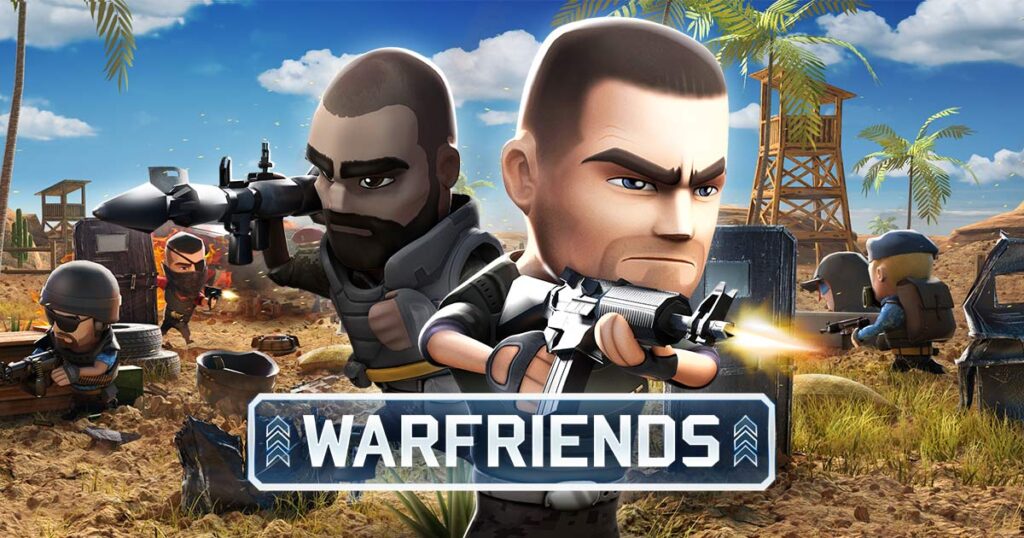 The game belonging to Chillingo is a mix of the most popular games in online multiplayer tactical battle simulation and third-person shooter spaces so far.

Warfriends is a mix of a lot of past and present mobile game ideas. There are cover shots, power mechanics, upgradeable units, tower defense concepts and even a bit of card management.

The game starts running through a tutorial and shows you the basic moves, like dodging enemy fire, using weapons, deploying soldiers and so on. There aren't many moves and you'll quickly learn the game.

Download WarFriends for free in a safe way. The download will start instantly by clicking on the button on your platform...

The graphics are in the style of 3D cartoons with big heads on small bodies and the 3D battlefields are very well drawn. The home screen has a 3D parallax effect that changes as you move your phone.

How Can I Play Warfriends on My Mobile?

The game is characterized by being a PvP and level up. Add a single-player horde campaign and you're on with a game that has a lot to give.

The game is a third-person shooter. You have control of a hero who can move between a number of different parts of coverage. You throw yourself between them by sliding left and right.

You fire your weapon by hitting a target. With a long press, you will be able to shoot more shots in your places. There are explosives that are also used in different ways.

The spin comes in the form of units that are supporting their main player. You spend the energy you gain by killing enemies in them, and they act of their own free will. Different units have different functions.

They will be displayed automatically, but you can also send them in a specific order. You improve them as you play, which makes them harder and reduces the probability of dying in the process.

The goal of PvP is to eliminate the hero from the opposing team. Do it within a time limit and you will win the match. But that's easier said than done.

Horde mode is also an interesting distraction. Stripped of your units, here you are picking up invading enemies. It's not so fluid as PvP, but there are decent rewards you can earn by playing it.

There are always several objects to hide behind and if you pass your finger in front of your character, your character will run from one hiding place to another on the other side of the battlefield. Sometimes this is necessary because the object is blown up by enemy fire.